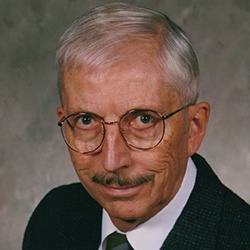 Philip Gehring was Professor Emeritus of Music at Valparaiso University in Indiana. A Pennsylvania native, Gehring earned his B.M. and B.A. at Oberlin College and Conservatory and his M.M. and Ph.D. at Syracuse University. As an organ recitalist under the Phyllis Stringham Concert Management, he played throughout the United States, in Canada, and in numerous European cities. He was the first prize winner in the American Guild of Organists national improvisations competition in 1970, and the following year was a finalist in the Harlem (Holland) International Improvisation Competition. A number of his organ and choral compositions have been published.

Gehring was active in the American Guild of Organists and the Association of Lutheran Church Musicians, and was the founding editor of the Association’s journal, Cross Accent. After retiring, Gehring held visiting professorships at Yale Institute of Sacred Music, the University of Iowa, and St. Joseph’s College (Rensselaer, Indiana). He passed away on October 6, 2020 and is survived by his wife Betty and extended family in Oak Park, Illinois.