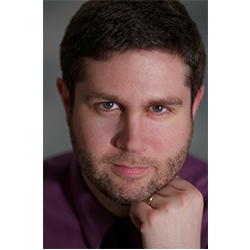 Organist, conductor, and composer Stephan Casurella was born in England, where he began studying piano, organ and music composition at an early age. After moving to the United States, he earned undergraduate and graduate degrees in both piano performance and music composition and in 2009 was awarded a doctor of musical arts degree in church music (organ emphasis) from the University of Kansas.

In demand as a performer and choral clinician, Dr. Casurella has appeared as a soloist with ensembles such as the Thalia Symphony Orchestra, the Kansas City Chamber Orchestra, the Kansas City Wind Symphony, and Collegium Cincinnati. He has conducted numerous choirs, including performances with the Immanuel Lutheran Church Bach Cantata Vespers Orchestra in Kansas City, Missouri, the Cincinnati Chamber Orchestra, and Collegium Cincinnati. Stephan is a published composer who has written for a wide range of media. His works have been performed by soloists and ensembles such as the choir of Chester Cathedral, England, the Thalia Symphony Orchestra, the Xavier University Concert Choir, and flutist James Hall.