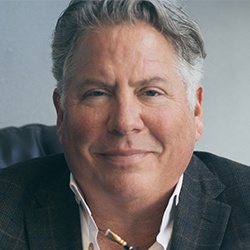 Bradley Ellingboe graduated from Saint Olaf College and the Eastman School of Music. He also did further study at the Aspen Music Festival, the Bach Aria Festival, the University of Oslo, and the Vatican.

He has had a wide-range of accomplishments in his careers as choral conductor, soloist, composer, scholar and teacher. He has led festival choruses in 35 states and 14 foreign countries. In December 2011, he made his operatic conducting debut with the world premiere of Stephen Paulus’s opera Shoes for the Santo Niño. After serving as Director of Choral Activities, Professor of Music and Regents Lecturer at the University of New Mexico for 30 years, he retired in 2015.

He was knighted by the King of Norway in 1994 for his work in making Edvard Grieg’s songs more accessible to the English-speaking public. He was named Faculty of the Year in 2008 from the University of New Mexico Alumni Association.