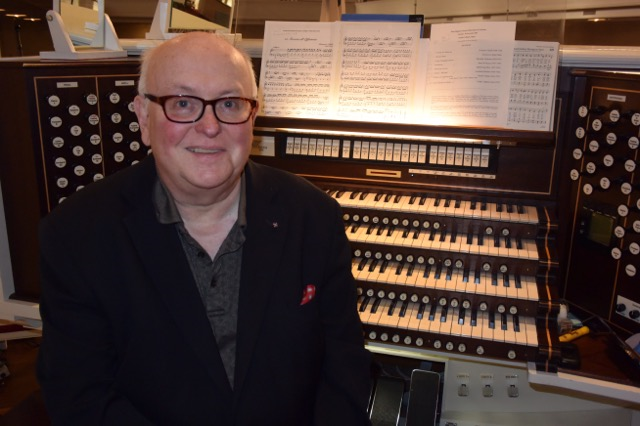 Charles Callahan (b. 1951), is an American composer, organist, and teacher. A graduate of the Curtis Institute of Music in Philadelphia, Pennsylvania, his graduate degrees are from the Catholic University of America in Washington, DC.

A prolific composer, Callahan's compositions include commissions for Papal visitations to the United States and from Harvard University. His four-movement orchestral work, Mosaics , premiered at the Cathedral Basilica of St. Louis, Missouri, and other works have been performed at Harvard, Yale, and Princeton Universities.

He holds the Associate and Choirmaster certificates of the American Guild of Organists (AGO). In 2014, he was honored with the Distinguished Artist Award of the A.G.O.

Callahan has taught at Catholic University, Middlebury College, Baylor University, Rollins College, and The Bermuda School of Music. He has served as organist and music director for churches in Pennsylvania, Washington DC, New York, Vermont, and his native Massachusetts.

He is often consulted on the design of new organs, and the restoration and improvement of existing instruments. His two books on American organ building history, The American Classic Organ and AEolian-Skinner Remembered, have become standard reference works on 20th century American organ history.