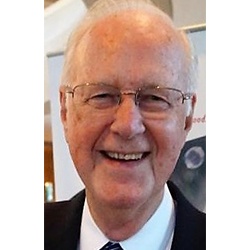 Upon retiring as minister of music at Zion Lutheran Church in Dallas, Texas, he was honored by the church and named Minister of Music Emeritus. For about twenty-five years, he served on the music editorial advisory committee at CPH and as chairman or member of the Texas district worship committee of the LCMS. He is a past dean, sub-dean, and executive committee member of the Dallas AGO chapter, and a former director of educational concerns for the ALCM. As a guest lecturer at SMU’s School of Sacred Music, and a seminar and workshop presenter at national and regional worship and music conferences of several church bodies and for AGO chapters, he continues sharing via workshops and seminars for church and professional groups.

A variety of professional and church publications have included his writings. He is editor and a co-author of Children Sing His Praise (CPH) and author of Off the Page and Off the Page, Too (MSM). His organ, choral, and instrumental settings, published by five different companies, include a variety of collections, and three individual collections of Intonations and Alternative Accompaniments on LBW, LW, and LSB psalm tones (CPH). Psalm Partners, a collection of hymn-phrase antiphons and refrains for the Church Year (CPH), was published in 2013.

Since 2009, Donald’s biography has appeared in Who’s Who in America. He and his wife, Doris, reside in Richardson (Dallas), Texas. Their children, Deborah (White) and David, have blessed them with five grandchildren.