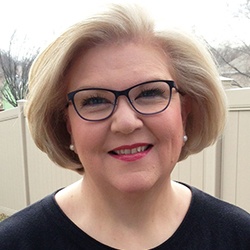 Donna Butler Douglas, a native of Ada, Oklahoma, is a nationally-recognized composer of choral music. Donna has been involved with music as long as she can remember, having been raised by two professional musicians. Donna holds a Bachelor of Music Education degree in Piano from Oklahoma Baptist University and a Master of Music degree in Theory and Composition from Southwestern Baptist Theological Seminary in Fort Worth, Texas. For over 25 years she served as director of music for churches in Oklahoma, Dallas/Fort Worth, Kansas City and Little Rock, Arkansas.

Donna composed her first song at age 4, and was first published at age 13. She is often represented under her maiden name, Donna Butler, and has received numerous awards from the American Society of Composers, Authors and Publishers (ASCAP). Donna is a recipient of the Profiles in Excellence award, presented by Oklahoma Baptist University to noteworthy alumni. Her early efforts in music publishing were mentored by noted composer, John Ness Beck, who championed her career.

Donna married Gary Douglas in 2005, which brought the joy of four grown children, their respective spouses and eight grandchildren.  She resides in Olathe, Kansas with her husband and their lovable beagle, Eli.

To listen to Donna’s music and learn more about her work, visit donnabutlermusic.com.