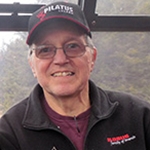 Gregory J. Wismar is a retired minister who served congregations throughout the New England area. Born in Jersey City, New Jersey, Wismar earned numerous degrees, including a master's degree in divinity from Concordia Seminary in St. Louis, a Master of Science from Southern Connecticut State University, and a doctorate in ministry from Hartford Seminary.

In addition, Wismar has contributed many worship resources, hymns, and anthems to the life of the Church through such publications as Resources for Youth Ministry and Creative Worship for the Lutheran Parish, as well as texts for numerous choral compositions.

Wismar and his wife, Priscilla, live in Southbury, Connecticut, where he continues to write for church publications and is regularly featured as a travel columnist for a local newspaper.