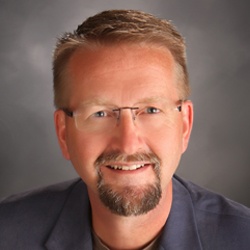 Kurt has conducted the Concordia, Nebraska University A Cappella Choir since the fall of 1998.  He has led the choir on 19 domestic tours covering most of the United States and 5 international tours including trips to Australia, South African and throughout Europe.  In 2012 Kurt was chosen by the NCDA as the choral conductor of the year and in 2007 was the recipient of the outstanding teacher award by Concordia University, Nebraska.  Kurt has conducted the LC-MS National Youth Gathering Honor Choir for the past 5 gatherings.